Roberts, M. We are still unable to put babies in the class of dangerous epidemics, even though that is the exact truth. Mary S. Is adolescent pregnancy a disease? We have laws regarding other epidemics.

We have mandatory immunizations, but we have no law prohibiting motherhood before the age of 14 in our supposedly-civilized society. We ought to mandate against continuing pregnancy in the very young say, those less than 14 years. Quoted in Mary Meehan and Elizabeth Moore. From a social point of view, these people who want to forcibly take away a woman's right to abortion are nothing but vicious, rabid dogs.

Constitution of the United States of America: Clear and Simple

Revolutionary Communist Party of the United States. Make no mistake; we are engaged in outright war against the vast anti-life complex of abortionists, sex perverts, pornographers, eugenicists, and euthanasiasts. One of the most important tactics of warfare is to enable the public and the troops to hate the enemy. And the easiest and most effective way to accomplish this is to dehumanize and stereotype him.

It is much easier to hate and to fight and to kill an enemy that you perceive as inhuman or inferior to yourself. During the slavery era, White slave owners referred to Blacks as "animals," "lustful demons," and "dregs of humanity," and considered them "exactly intermediate between the superior order of beasts such as elephant, dog, and orangutan, and European or White men.

Other slave owners referred to the slave's "ignorance," "brutality," "obscenity," "animal appetite," "viciousness," and "illegitimacy," and called them "ignorant," "perverse," "wicked," "the pest of the White man," and "agents of Satan. During wars, American soldiers have referred to the enemy as "Japs," "greasers," "slants," "wops," "krauts," and "gooks.

The Nazis used both institutional and genocidal Newspeak in their extermination programs.

They referred to Jews as "human ballast," "garbage," "human weeds," "empty shells," and "infections. This was not cruel, if one remembers that even innocent creatures of nature, such as hares and deer, have to be killed, so that no harm is caused by them. Adolf Hitler, in his book Mein Kampf "My Struggle" , referred to Jews as "maggots in a rotting corpse;" "a plague worse than the Black Death;" "mankind's eternal germ of disunion;" "drones in the human hive;" "spiders sucking blood out of the people's pores;" "a pack of rats eating one another;" "the eternal bloodsucker;" "the vampire of peoples;" and "a harmful bacillus that spreads," among many other degrading terms. 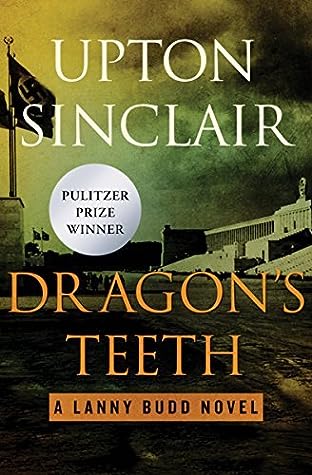 The Nazis referred to their extermination of the Jews as "resettlement;" "evacuation;" "clearing the area s of Jews;" "cleansing," "disinfection," "special treatment," "moving to labor in the East," "injecting off," "putting to sleep like animals," "discharging," "the clean-up of the Jewish question," and "the final solution to the Jewish question. To the dismay of thinking Americans, our society seems to have forgotten the hard lessons dealt us by the past. As American philosopher George Santayana so rightly states, "Those who do not remember the past are doomed to repeat it.

We obviously have not learned our lessons from the past. Today, more than ever before, there is a proliferation of instances where groups of people stereotype others for the purposes of abusing or killing them. Euthanasiasts routinely refer to profoundly handicapped people as "vegetables," "mere collections of organs," "post-human," and "technological artifices.

When these unfortunate people die, they have experienced not death, but a "negative patient care outcome" or, if such deaths are caused by the actions of physicians, "therapeutic misadventures. As far as abortion is concerned, the Neoliberals have two enemies the unborn child and their protectors, the pro-life activists. And so, they dehumanize the unborn, and they attempt, with the willing complicity of the press, to dehumanize pro-lifers as well.

Logically, the greater the threat posed by a group of people, the more dehumanizing the terms applied to them by their exterminators.

The preborn must certainly be a threat to barren-souled women and their sterile male 'partners,' who routinely dehumanize them with amazing vitriol and imagination;[6]. Magda Denes, writing about work in an abortion hospital, showed how such language can numb the soul when she remarked that "When, under one roof, the number of dead fetuses mounts into the thousands, the simple fact of death gradually overshadows the significance of individual histories.

Significantly, this statement is essentially identical to Soviet dictator Josef Stalin's observation that "A single death is a tragedy, a million deaths is a statistic. Some abortionists cannot even tolerate the feel-good Newspeak terms for abortion, so they insulate themselves with a double layer of self-deception in the form of acronyms, referring to abortion as MR menstrual regulation and VIP voluntary interruption of pregnancy , and the preborn baby as a POC product of conception.

Pro-life activists are not perceived to be as great a threat as the unborn, but are still routinely labeled;. However, most of the pro-abortion propaganda directed against pro-lifers is much more subtle. The so-called "artist's community" is, with few exceptions, uniformly pro-abortion and pro-sodomite, and it uses its accumulated talents to dehumanize pro-lifers in very crafty ways.

The following poem is one typical example. Notice the poem's emphasis on freedom and the false assumptions and stereotypes made about pro-lifers. Wrapped in kind and progressive words, the poem subtly suggests that abortion is a minor matter and anyone who opposes it must be somehow brain-damaged or under the influence of some kind of evil spell.

Andrew Anglin: The Making of an American Nazi - The Atlantic

Jennifer Footman. Prairie Journal Press. For more vivid examples of how pro-abortionists dehumanize and demonize pro-life activists, see the description of the "Choices" comic book outlined in Chapter 17, "Pro-Abortion Propaganda Stories. If language is incorrect, then what is said is not meant. If what is said is not meant, then what ought to be done remains undone. It is interesting to note that the language of the pro-abortion media invariably departs from soothing Newspeak and becomes positively incandescent when it attacks pro-life activists.

In virtually every secular publication and quite a few religious ones, too , pro-lifers are described as "harassing," "intimidating," "anti-choice," "violent," and so on. Quite simply, because the press describes itself as overwhelmingly more than 90 percent pro-abortion, and sees itself as a powerful engine of social change. This is not pro-life paranoia at work: The extensive Lichter-Rothman study, and subsequent confirming studies by media researchers themselves, have shown that the press is almost uniformly Neoliberal and pro-abortion.

The Lichter-Rothman study's findings are summarized below. The media knows that it is perhaps the only entity keeping the people from rising up en masse and putting a stop to the slaughter of the innocents.

How much stronger would the pro-life movement be if Dr. Bernard Nathanson's jarring film "Eclipse of Reason" were shown just once on national television? The pro-abortionists are assisted eagerly by the media as they work ceaselessly to sanitize the filthy profession of baby-killing for public consumption. For example, a group of individuals from the publications Life , Cosmopolitan , The New York Times , and no kidding , Good Housekeeping recently circulated the following list of 'subjective' bad and 'objective' good words that they said should be used in the abortion debate.

This list was sent to hundreds of editors all over the country, many of whom obediently implemented the 'suggested' changes. It is significant indeed that Adolf Hitler's Minister of Propaganda circulated among the national media a similar list at the beginning of the Nazi euthanasia program. The purpose of that list was also to numb the public conscience to the killing. Physician, abortion practitioner Right-to-Life.

After all, in order to oppress and kill people, society must change its attitude towards its intended victims. Alan Guttmacher, president of the Planned Parenthood Federation of America, stated in when speaking of human reproduction that "Fertilization, then, has taken place; a baby has been conceived.

He said in that "My feeling is that the fetus, particularly during its intrauterine life, is merely a group of specialized cells that do not differ materially from other cells.